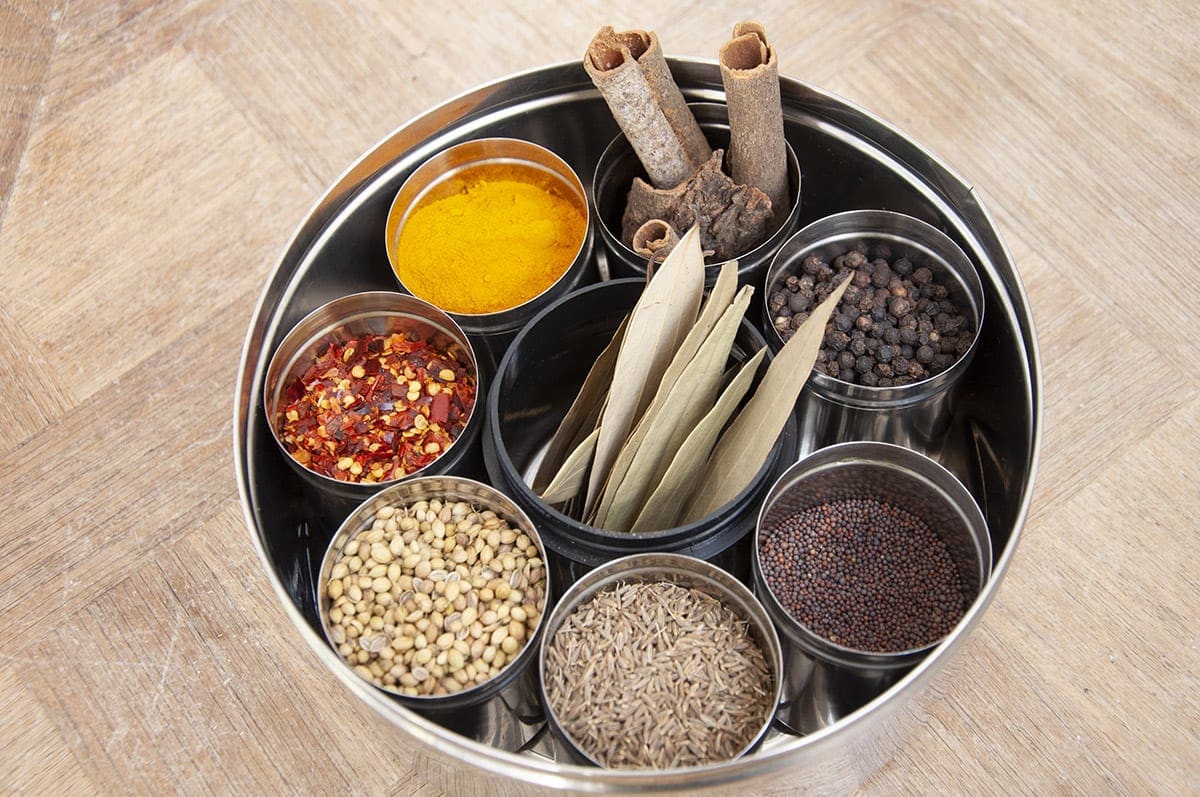 Click here to see me talking about key spices.

Key spices are the spices that provide the key flavours to a dish. They can hold their flavours for a long time so can be added early in the cooking process.

Key spices, such as black peppercorns, cumin and coriander seeds are often warmed slightly and then ground before being added to a dish. Click here to learn how to toast and grind spices.

In my Key Spice Masala Dubba I have 8 spices 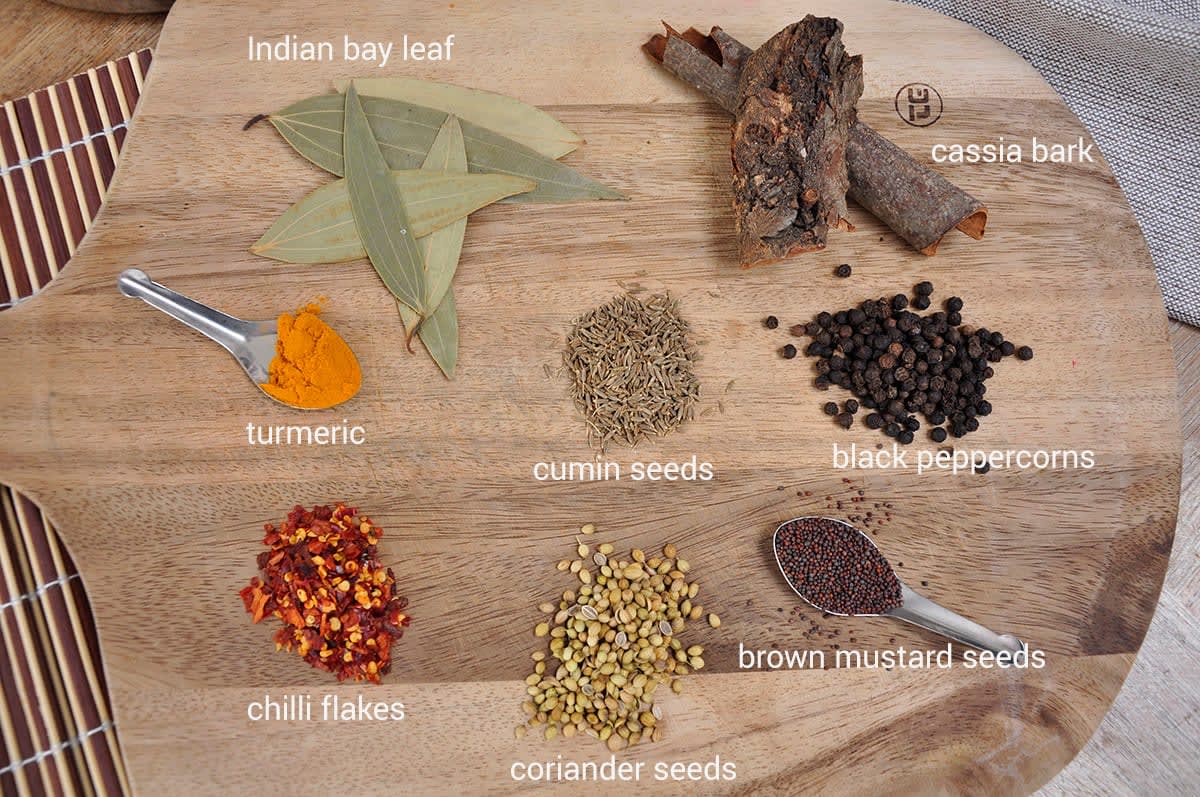 Cassia bark is a warm, aromatic spice that adds a background sweetness to dishes.  It is in the same family as cinnamon but has a much earthier flavour.

The King of the spice world and the most traded spice in the world. They have an intense heat and a very distinct flavour. Both Chillies and peppercorns are used for heat but peppercorns add flavour as well.

These really pack a punch. They add a really nutty heat and richness to any Indian dish.

Cumin seeds have a very strong smell and taste. They are often confused with caraway seeds when looked at although the smell is very different. They have a slightly hot, bittersweet taste.

People often say they don't like the florally taste of coriander but once it touches hot oil the floral notes are lost and it gives off a citrusy tang instead. They easily overpower other spices, so be careful.

Chilli flakes are spicy and peppery and perfect when you want to add heat without masking any other flavours.

Turmeric has a deep golden colour. Turmeric is not used to colour dishes as people may think. It has a very tart, musky flavour, which gives off gingery aromas. It shouldn’t be overused as it can be overpowering. 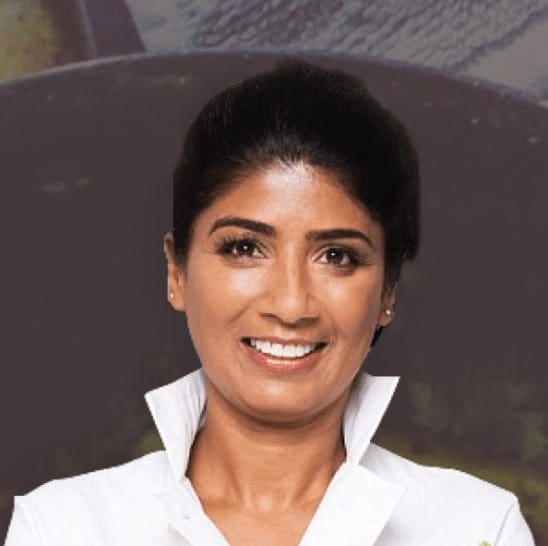 A respected food writer and author, Anjula started cooking with her father at the age of eight. At that time the ingredients for Indian cuisine were not as readily available as they are now and Anjula travelled on the number 207 bus with her father to Shepherd’s Bush Market where they would buy a selection of spices, fresh fish and Indian vegetables. ​​ Utilising her cookery skills and passion for spices, Anjula launched her own business in 2010, Anjula Devi Authentic Indian Food, providing Indian dinner parties and Indian cookery classes. Anjula has created a range of authentic recipes for Manchester United, arguably the biggest football club in the world, where she is a consultant chef. A Brand Ambassador for TRS Foods, the world’s largest Indian food company, Anjula has also launched her own brand, Route 207, inspired by the bus route she used to take to the spice market.
More from this chef...
Our social features are coming soon